A while ago I curated some playlists for Songlines for Apple Music. One of these has just popped up on the Songlines website, a selection of some of the best tropicália out there, with classics by Gilberto Gil, Caetano Veloso, Os Mutantes and Gal Costa as well as a few novel selections.

So back in November and December I spoke with a tonne of people about Brazilian vinyl and the outcome was two pretty sweet articles. The first was a look at the relationship between Brazil and Brazilian records, how Brazilians feel about the fact that the most expensive rare vinyl from their country is in foreign hands, about the styles of music that have taken off as a result of this search for Brazilian records by collectors in the US, UK and Japan, and about the independent record labels who are making it possible for new Brazilian bands to release their music on vinyl. This one was in The Vinyl Factory and you can read it online using the link below:

“It’s about taking responsibility for our future”: How Brazil is reclaiming its record culture

I also put together an article that looked specifically at the UK’s relationship with Brazilian records, about how there became a thirst for Brazilian music in the 90s, and how that grew with people like Gilles Peterson, and about how now there are quite a few labels in the UK releasing Brazilian music. The piece features interviews with John Armstrong, Joe from Far Out Recordings, David from Mr Bongo, Gilles Peterson and Deejay Cliffy, as well as some help from Robert at Stern Records and a few other peops. That piece is in Long Live Vinyl issue 10 and can only be read if you get the magazine I believe. Here’s the link to more info on the issue:

There was a time when I bumped into B+ semi-regularly in Colombia. He was always at the side of Quantic, first in Discos Fuentes studio in Medellín while Quantic was working on the first Ondatropica album, then in Cartagena for the second-ever Ondatropica concert, and then a year later there he was again in Nuqui on the Pacific Coast for a festival, taking photos and videos that would eventually form the music video for a Nidía Gongora and Quantic track. So, it was nice to get the chance to interview him for the release of his new photo book, which not only features some of his work in Colombia, but also his more-famous hip-hop shots as well as some of the iconic musicians he’s captured in Brazil and Ethiopia too.

The interview featured in The Vinyl Factory, as well as on Sounds and Colours. Check the links if you want to find out more about the book and B+’s work:

Music photographer B+ on his most iconic shots (The Vinyl Factory)

The Ghostnotes of Music Photographer B+ (Sounds and Colours)

I’ve been a huge fan of Meridian Brothers for many years so it was a great pleasure earlier this year to chat with Meridian mainman Eblis Álvarez about his latest album, ¿Dónde Estás María?, which is a continuation of the work he’s been doing, creating satirical, conceptual, very rhythmic work that equally draws from avant-garde ideas and Colombian mythology. In fact, on this latest effort he has stretched out even further to show an influence of pop, folk and guitar music from Peru and Brazil in his work. It’s a special record so give it a listen if you haven’t already. Here’s the link to the album on Soundway Records.

The result of our chat was a feature on Meridian Brothers in The Wire #403 and also an article that’s just been published online by Pura Mestiza, and that is available in English and Spanish.

I also asked Eblis to discuss some of the Brazilian records he has discovered on recent trips to Brazil (where he was touring with another band, Los Pirañas) and which you can check out on the Sounds and Colours website.

Check out the title track to the latest Meridian Brothers album below: 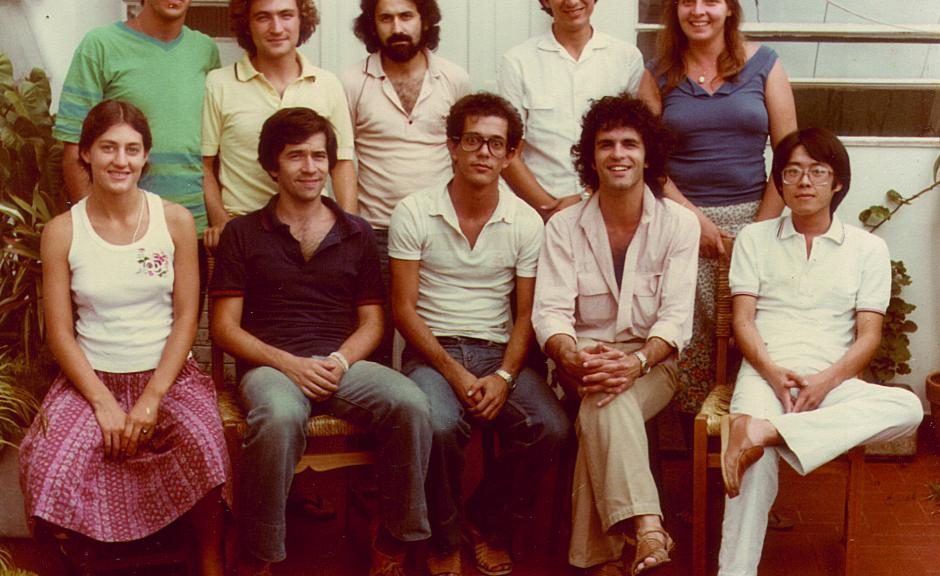 To accompany the piece I recently wrote for The Wire on the vanguarda paulista movement is this playlist of tracks by the artists involved, including songs by Arrigo Barnabé, Itamar Assumpção, Grupo Rumo, Patife Band, Eliete Negreiros, Tetê Espíndola and a few others. There’s some really quite sublime music there.

Click this link to have a listen to the playlist: thewire.co.uk/audio/tracks/playlist-vaguarda-paulista 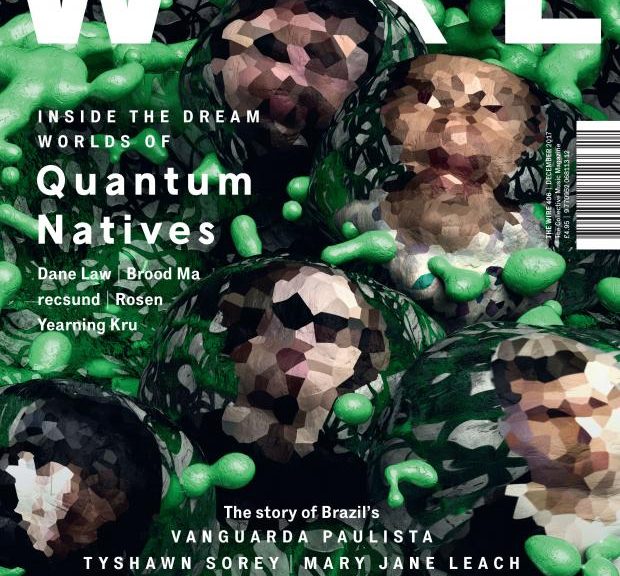 Very happy that my article on the vanguarda paulista is in this month’s edition of The Wire. The vanguarda paulista  was a movement of musicians, promoters and record labels that emerged at the tail end of the 1970s in São Paulo, and maintained some sense of a movement until the mid-80s. Despite the fact that all of the artists had very different sounds they were all interested in taking ‘popular’ Brazilian music into new places, and in the process, they formed the first major independent musical movements in Brazil.

For the piece I spoke to Arrigo Barnabé, Luiz Tatit (of Grupo Rumo), Luiz Chagas and Paulo Lepetit (of Itamar Assumpção’s band), Simone Sou (who also played with Itamar Assumpção), Paulo Barnabé (of Patife Band), Wilson Souto Jr and Riba de Castro. I had also hoped to speak with Wandi Doratiotto, Ná Ozzetti, Tetê Espíndola and Suzana Salles, but unfortunately they were all too busy at the time to get involved.

You can get a copy of the mag from thewire.co.uk/issues/406

Every now and then I like to write something that’s not about Latin American music. Hence, why I put together this piece for The Vinyl Factory on 10 of the finest P-Funk records to get you tuned into the collective mind-bending wavelength of Clinton, Collins, Worrell, Hazel & co.

An introduction to Parliament-Funkadelic in 10 records

From 16th until 29th August this year I’ll be leading a musical tour of Colombia for Songlines Music Travel. This is a tour I led last year at last minute notice (and I mean last minute notice! I got asked on the Friday, got told the itinerary on Saturday and then flew from the UK on Sunday morning!). However, this time around I’ve had some input in the itinerary itself and we’ve got an amazing trip planned. As well as visiting Bogotá, Cartagena and Medellín, as we did last year, this time we’re also going to Festival Petronio Álvarez in Cali – the biggest Afro-Latin festival in the whole of Latin America and a great chance to see so many different Afro-Colombian styles of music – as well as Barranquilla where we will get a taste of carnival and see cumbia in its most folkloric form. It’s going to be a really special trip, and I’m very excited to be leading it.

For more information on the trip, including the itinerary go to the Master Travel website. If you’re interested in finding out more about Colombian music and culture then this is your ticket!

My piece for Songlines, picking out 10 essential Colombian albums (albeit ones that are still in-print and available in the UK), has popped up on Totó La Momposina’s website. Here’s the page, where you can read the article: totolamomposina.com/songlines-essential-10-colombia-albums 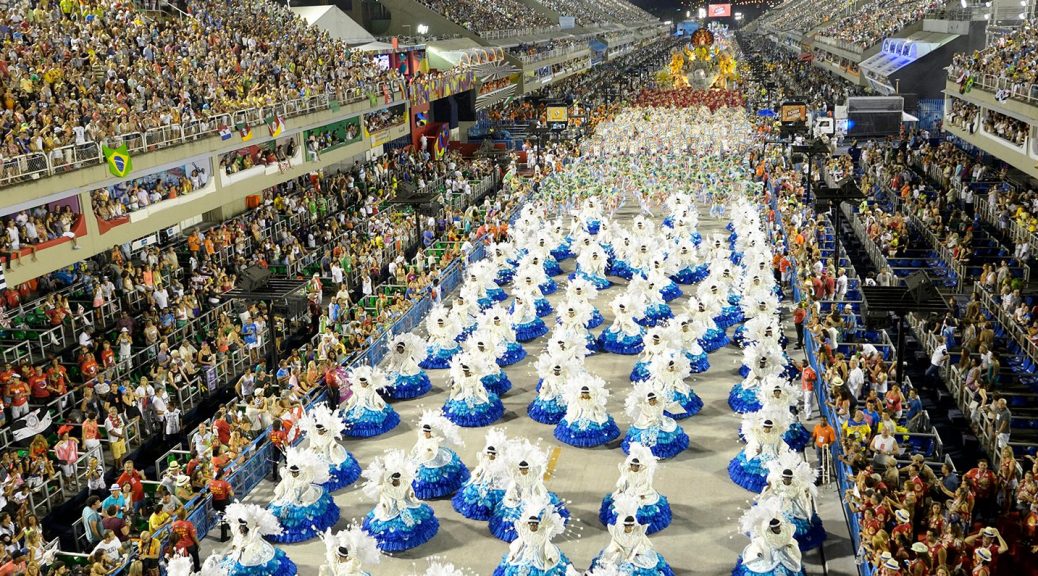 Last year I put together a guide to finding good music in Rio de Janeiro for American Express, with recommendations for finding the best samba, for finding dance lessons, alternative rock, dance music, and so much more in Rio.

You can read the article at travel.americanexpress.co.uk