So back in November and December I spoke with a tonne of people about Brazilian vinyl and the outcome was two pretty sweet articles. The first was a look at the relationship between Brazil and Brazilian records, how Brazilians feel about the fact that the most expensive rare vinyl from their country is in foreign hands, about the styles of music that have taken off as a result of this search for Brazilian records by collectors in the US, UK and Japan, and about the independent record labels who are making it possible for new Brazilian bands to release their music on vinyl. This one was in The Vinyl Factory and you can read it online using the link below:

“It’s about taking responsibility for our future”: How Brazil is reclaiming its record culture

I also put together an article that looked specifically at the UK’s relationship with Brazilian records, about how there became a thirst for Brazilian music in the 90s, and how that grew with people like Gilles Peterson, and about how now there are quite a few labels in the UK releasing Brazilian music. The piece features interviews with John Armstrong, Joe from Far Out Recordings, David from Mr Bongo, Gilles Peterson and Deejay Cliffy, as well as some help from Robert at Stern Records and a few other peops. That piece is in Long Live Vinyl issue 10 and can only be read if you get the magazine I believe. Here’s the link to more info on the issue: 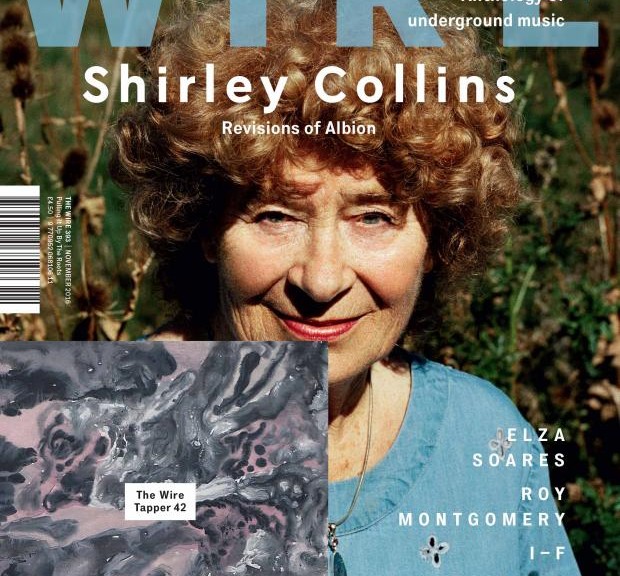 The Wire published an interview I made with Elza Soares in one of their latest issues, #393. Elza, who’s now 79 years old, was one of the hardest people I’ve interviewed, largely because she distrusts the press (as the Brazilian press have been horrible to her over the years).

However, through my interview and through additional interviews I made with musicians who played on her last album, The Woman At The End of the World, I think I managed to put together a really strong piece. If you want to know why people are so blown away by her latest release, then have a listen to this:

It seems the BBC must have my number as I was asked to do a short segment on tropicália for their Sunday morning current affairs show Broadcasting House last Sunday (August 14th). You can listen to the show at bbc.co.uk/programmes/b07nn832 (my chat starts just after 56 minutes).

I’m looking forward to hosting a talk at Rough Trade Nottingham as part of Truth and Lies‘ latest event, a celebration of Brazilian music, especially those revolutionary years at the end of the 60s. The event is called Revolution & Change: São Paulo 1969 and should be fun. I’ll be talking about the history of tropicália, pulling some interesting stories and facts out of the vaults, as well as looking at its enduring impact.

The event will be happening on Friday 27th May. There will be short films, followed by my talk, then lots of killer Brazilian tunes and dancing. If you’re in Nottingham you should pop by…

Any Junio Barreto release will always be dominated by his voice – a relaxed yet powerful croon, full of character – and Setembro is no different. Barreto flexes his vocal chords over 10 tracks that vary between classic samba-jazz and laid-back funky numbers with dashes of ska and reggae.

Tracks like “Serenada Solidao” and “Gafieira da Mare” are the kind of up-beat sambas that will make you want to get down to the beach straight away. Yet there are also reflective numbers such as “Alento da Alagoinha” whose tumbling drums tick all the ‘late night jazz’ boxes. In fact, percussion plays a pivotal role in this album, with the rhythm section ensuring you can dance to all the songs on the album, whether the party is in full swing or things have slowed down for the last dance of the night.

Barreto is joined by some of Brazil’s finest young musicians on this album, people like Céu, the guys from Nacao Zumbi and even Seu Jorge, who plays guitar on one track, and they keep the album musically interesting from start to finish, leaving a musical mix that will get your feet moving but will also warrant repeat listens. 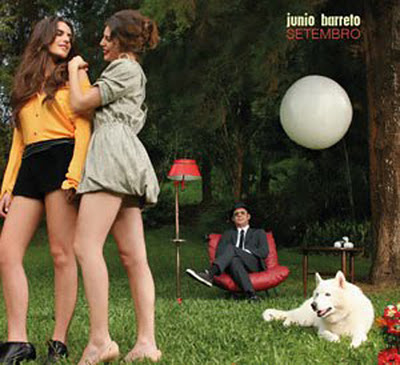 Sound of the Underground preview written for Lucas Santtana’s show in Sao Paulo. Printed in Time Out Sao Paulo November 2011.

Sound of the Underground
Lucas Santtana

If there’s one person that represents the “melting pot” culture of Brazilian music it’s Lucas Santtana – each of his four albums has focused on a different musical style, starting with a mix of African grooves and Brazilian percussion on his debut, before moving onto the electronic-based beats of Rio’s favelas and later dub music. His most recent album Sem Nostalgia was constructed just using guitar and vocals, yet sounded like the free-flowing electronica of Four Tet or Thom Yorke. It’s an album that has earnt him much praise in both the UK and USA, where he is applauded for both his ability to write a great melody and the sonic explorations that his albums normally involve.

Live, Santtana sticks to his more up-tempo numbers, mixing relentless rhythms with infectious melodies and a sound that is clearly influenced by African, Jamaican and international pop music yet still sounds quintessentially Brazilian.

Copacabana Club are not from Copacabana, or even from Rio for that matter; they hail from Paraná. Yet this is the kind of music you could imagine a bunch of friends from Copacabana playing. That is, if Brazilians made pop music like this. Copacabana Club’s music is closer to Alphabeat or New Young Pony Club than any Brazilian contemporaries, with their English lyrics suggesting this is how they think of themselves.

With their dual male/female vocals, spiky guitar riffs and bubbling synth lines, Copacabana Club show throughout this album that they are ready to become an international band, peppering their songs with the kinds of hooks that will instantly get people moving and melodies stuck in heads. This is most convincing on the opening salvoes of “Mrs Melody” and “Sounds Like Confusion” where the band’s non-stop energy never becomes grating, mostly due to the amount of ideas they manage to pack into each song.

They also manage to mix things up too, with “Sex Sex Sex” being the kind of slow-burning plea you might expect with that title, and “Peaches”, which continues the theme, albeit this time with the kind of biting guitars and programmed drums that you might expect from Sleigh Bells (one of 2010’s biggest revelations). The best track here though is “Comeback”, a summertime anthem which takes a minute to get going, but then never really feels like it’ll go away. With songs like this it is just possible that Copacabana Club may be a band that never goes away too. 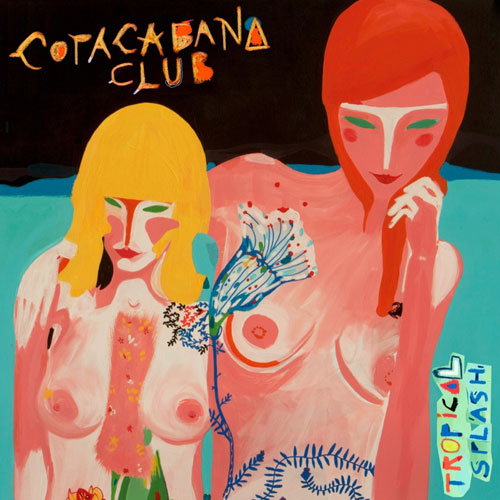 Ed Motta is that rare thing, a great Brazilian soul singer. In a country blessed with amazing voices, there are a surprising few that are able to belt out a powerful soul vocal. This is where Motta comes in. His work in the 90s saw him gain something of a following in the US, where they took a shine to his impassioned vocals and urban grooves. After this, he experimented a little with his sound, adding jazz licks and updating his production, possibly taking out a little of the raw quality that appealed to some people, and lost the odd fan along the way.

However, in 2009 he released Piquenique (the Brazilian way of saying “picnic”), with breezy, soulful gems like “A Turma da Pilantragem” and the title track, that suggested this was a man back to the top of his game.

It’s song from this album that Motta will be performing over two nights at SESC Pinheiros. Expect top-heavy grooves recalling Brazil’s soul great Tim Maia (whose worth checking out if you’re not familiar) as well as soul/jazz crossover artists like Roy Ayers and George Benson, and even a little of the funkiness of Sharon Jones and the Dap-Kings.

A preview of Cérebro Eletrônico’s show at Studio SP, part of my Sound of the Underground column, written for Time Out Sao Paulo August 2011.

In many ways Cérebro Eletrônico are the quintessential Sao Paulo indie band. Their lead singer Tato Aeroplano has been playing in bands in the city for years and has gradually built up a loyal following, yet it’s only in the last couple of years with Cerebro Eletronico that he’s started to get truly national success. Their music is a rhythmic blend of indie-rock with pleading vocals, plenty of hooks and sing-along choruses like on “Cama” and “Decência”. This is a great chance to catch a quality Brazilian indie band with the extra passion of a home crowd.

Here’s my preview for Seleta Coletiva, a monthly night at Studio SP in Sao Paulo. This was for my Sound of the Underground column in Time Out Sao Paulo, featuring in the October edition.

On the last Thursday of every month Instituto – a 9-piece band – get together at Studio SP to play some James Brown, samba funk (that’s Tim Maia and Banda Black Rio for the musos out there) and extremely groovy jazz. After getting the dancefloor moving they bring on their special guest, normally a MC (Criolo and Emicida are regulars) but sometimes one of the cities fine female chanteuses or even a group of percussionists or brass band from the north-east of Brazil. Whoever’s invited you’re guaranteed a great night of music that will get legs moving as well as introduce you to the variety of Sao Paulo’s music scene. Be warned though, the music often doesn’t start until the venue fills, so a promised 11pm start can often drift back to 1am. Special guests are announced only a week or two before the event so check the Studio SP website for full details.