Preview of a Kiko Dinucci show in Sao Paulo, written for the April edition of Time Out Sao Paulo.Sound of the Underground: Kiko Dinucci

In the 90s Kiko Dinucci was playing in a variety of Sao Paulo’s punk and metal bands. Somewhere along the line he developed a deep connection for the Afro-Brazilian religion Candomblé and it’s strong musical traditions. Now he writes music that ranges from samba, rumba and jazz to macumba, reggae or even a Paraguayan guarania! Across four solo albums he has also shown an eagerness to collaborate, working with samba and folk singers like Alessandra Leao and Fabiana Cozza on his last album (Na Boca dos Outros) and an African percussion group on the album before that. He has also directed a documentary on the African goddess Exu, as well as recently illustrating a comic book by Fabiano Ramos, just in case people thought he was getting a bit lazy!

Throughout all of these mediums what makes Dinucci stand out is a passion for discovery and understanding his country’s roots. This is reflected in his music, where along with an encyclopaedic knowledge of Latin musical forms he brings his previous punk experience to the fore with his energetic guitar technique, making for a truly exhilarating live performance that is almost impossible to categorise, simply expect to hear Brazilian music taken on a voyage from someone who truly understands it.

This article may differ slightly from the printed version in Time Out Sao Paulo. 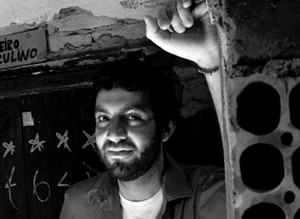