This is the first of a number of guest posts I will be doing for the Red Hot Organization, in the lead-up to their release of Red Hot + Rio 2 in late June. This first post talks about the reasons I love tropicália and looks at the legacy of the movement.

For me, the glory of tropicália has always lay in it’s contradictions. It’s music that is experimental yet pop, playful yet serious; it’s anything-goes attitude was completely at odds with the military regime of the time. It baffled critics, the public and officialdom but has now become a marker upon which new Brazilian music is tested. Countless people have mimicked the style over the years, but it has always been impossible to recreate. That’s because tropicália died in 1969.

Click <a href=”http://www.redhot.org/music/tropicalia-pushing-the-boundary-of-song/” target=”_blank”>here</a> to read the rest of the article. 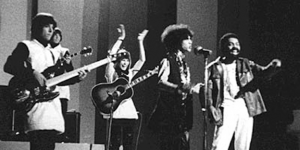