An extended preview for Time Out Sao Paulo (June 2011) of Criolo’s album launch:

There is very little doubt about the biggest celebration taking place this June in Sao Paulo. Criolo will be performing at SESC Vila Mariana, a release party for his album Nó Na Orelha. That album was released as a download in May and is already being heralded as one of the releases of the year. It’s also the album that will put Sao Paulo hip-hop on the map. There’s never been a lack of good rappers from Sao Paulo. Names like Sabotage and Racionais MC’s spring to mind, but their rhymes about life on the street had always stayed there, lacking the crossover appeal to get across to the masses.

With Nó Na Orelha Criolo showed how it should be done. He matched stories about the Grajaú favela where he grew up with funk and samba rhythms, rhymes about life in the biggest city in the Brazil with samba and Afro-Brazilian percussion. Whereas Marcelo D2 got his fame using the US model of commercial hip-hop, replacing the funk riffs with samba, and making MTV ready party jams in the process, Criolo has made a hip-hop album using live instrumentation, his life experiences and a real passion for Brazilian music.

His love for the music is evident in his soulful deliveries of sambas and boleros on the album – this is a man who can sing as well as he can rap. Yet this is also music which is definitely from the streets. It’s a dichotomy which Criolo feels is necessary: “We have to be aggressive because people don’t respect us for the love we have. I have to come at them hard, but with a lot of love.”

Criolo will be bringing his extraordinary album to SESC Mariana with a group of 15 musicians in tow. So, as well as seeing Criolo in action – this is a rapper from Sao Paulo’s favelas remember, someone who is used to whipping a crowd into a frenzy with just a beat and his voice – this is the perfect chance to see some of Sao Paulo’s finest musicians. The group will consist of horns, strings, bass, turntables, cavaquinho (the sound of samba), guitars, keyboards and percussion. It’s very possible this could be the gig of the century never mind the year!

Nó Na Orelha will be released on vinyl and CD at the release party, taking place at SESC Vila Mariana on 2nd June. 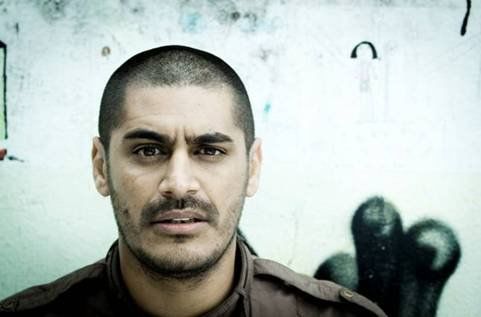