This short live review was written for Time Out Sao Paulo (March 2011) but was not published.

Dressed in a gold-sequinned catsuit, Karina Buhr proved at SESC Belenzinho why her debut album (Eu Mentí Pra Você) was voted so highly in many of 2010’s Best of the Year polls. She did that, and surpassed it. Whether she was sabotaging her guitarist’s solo by writhing on the floor in front of him, throwing herself into the audience or proving that you don’t have to be in your teens to bump ‘n’ grind like the best of them, it was hard to take your eyes off her. Which is almost a shame as she has put together one of the hottest bands in Brazil. Whether attempting punk in “Soldat,” electro in “Cirando do Incentivo” or cool jazz with “Eu Mentí pra Você” this is a band that know, both musically and theatrically, how to put on a great show. 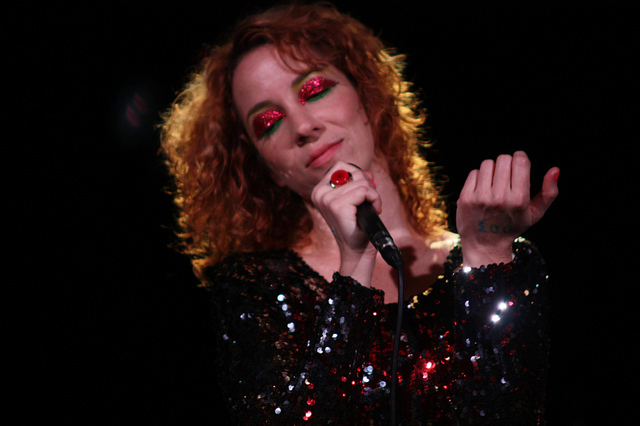