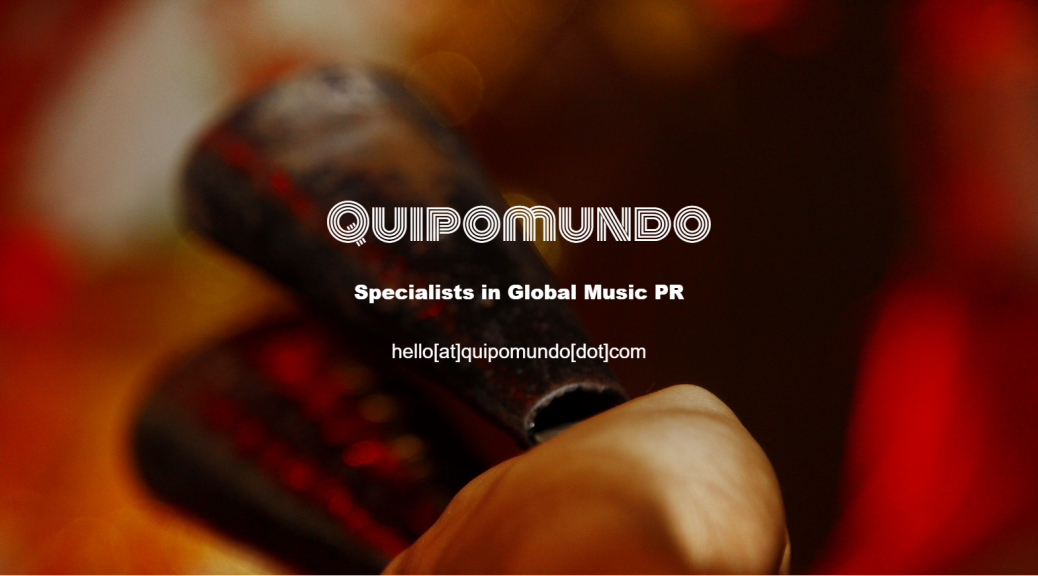 Every now and again I get asked to run music PR campaigns for upcoming releases, so I figured the time was now right to make things a bit more official and set up a brand for doing just that.

Hence, here’s Quipomundo, a new company specialised in Global Music PR. Led by myself, but also using frequent collaborators as needs be.

My first campaigns are for El Palmas Music, a record label based in Barcelona led by Venezuelan Maurice Aymard. Maurice has been releasing music in various forms for many years, but with El Palmas he is focusing on music close to his roots, getting into tropical sounds, and they have some exciting releases on the horizon.

One of these is a split 7″ single featuring tracks by two Colombian producers, El Dragón Criollo and La Jungla. You can listen to the tracks here.

I’m also very excited that, as part of the campaign for this release, Afropop agreed to premiere the video on their site.

Check out their site to watch the video and find out more about the release.