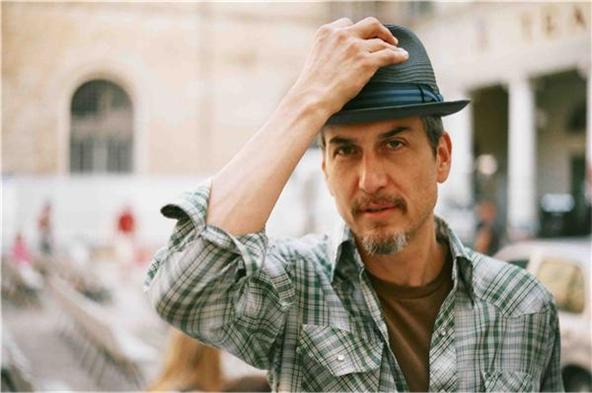 I’m currently writing an article about new Latin psychedelic music and found out that none other than Howe Gelb (of Giant Sand fame) had recently discovered chicha (aka Peruvian cumbia) and had written a few songs on his last album that were influenced by chicha. [In case you’re unfamiliar with chicha, it’s a style of cumbia that came to life in Peru in the mid-60s when groups started using electric guitar (with a ridiculous amount of home-made effects pedals) as the lead instrument. Opposed to sounding like the average garage or psych bands the chicha musicians were seasoned pros and so added a preciseness and inventiveness to their guitar-work that goes way beyond the average rock lick].

So, curious as to how Howe Gelb had picked up the chicha bug I sent him a load of questions. He didn’t answer any of them, but he did send me the story of how he found chicha. Here it is in full:

allow me to illuminate .. . whilst i ruminate

i am a coincidentalist .. that is, one who can read coincidences and determine the direction they are pointing me without being bogged down by the endless guesses of their meanings

they requested we bring 3 guests from the region

the region i would surmise would be the sonoran desert

(in the meantime i had been writing some new songs for whatever the next record would become and was unhappy with the rhythm they had .. they needed more buoyancy and i was tired of the obvious beats i had instilled in them )

we all landed in berlin from various parts of the world including arizona, denmark and australia

first coincidence was that one of my sonoran guests, brian lopez, requested to invite his 2 piece string section for his part of the gig

he had no idea

i had no idea

they had no idea

so we only got a line check

so we made a quick game plan … the 3 guests would start off the night playing their own songs and we would then segue after 45 minutes into our set and play the remainder of the night .. no problemo

the tune we chose to segue on was something brian had tossed out there .. “carinito”

but when my drummer kicked in .. . it became a celebration of rhythm .. peter had been school in the danish music conservatory where they tend to master many global forms of music and i never heard him tackle a rhythm like this before … but he exploded with it

the set and the new band were both born in that moment … . and that baby had a cumbia pulse

the sold out crowd went nuts

and so did we

the band was now a 10 piece

the days afterward brian explained where that song came from .. that someone on the road had gave him a compilation cd of peruvian chicha from the 60s about a year ago … . he forgot all about it … he’d never listened to it until recently .. and it blew his mind

then came october and another festival in switzerland

now the band was a 12 piece

and it worked incredibly well

and then something called “slag heap” (apparently the british definition of slag is different than ours .. ours means to give somebody a hard time or to put something down as not being worth it .. almost like an insult .. or to down play it so it doesn’t seem so bad )

after that festival … i didn’t receive the mixes of those vevey recordings until sometime in november .. and when i did it blew my mind

that new beat was infectious and exactly what the songs needed

i had accepted the invitation of a montreal band to come there and record with them .. .

when i was finally able to go it was later in november .. and my flight from arizona had me connecting too late in new york to continue on to montreal till the next morning .. so i would have to spend the night in new york

the night i arrived there was a monday .. and i had contacted my friends at the last minute who lived in brooklyn to put me up for the night

i met up with them for dinner .. and afterwards while we were walking to their house they suggested we might have beer near their house

and so we went in .. had one beer .. and the band began .. there were 7 in the band and less people watchin them

they were great .. and that beat was driving me crazy in the best way

we stayed for their entire set .. .and i was leaving the bar .. the voice in my head insisted i go back and tell the band leader how good they were

it was his bar

i did not know him at all

but before i slipped away .. i mentioned i was from tucson

and that’s when he said .. ah there was a band here from tucson a while back with a french woman singing (marriane dissard) ..

oh yeah i know her .. said i (.. infact that was how i met brian … one night a couple years earlier when he was playing in her band and they happened to open for me in germany one night ) .. and i asked him if brian had been playing with her that night here

he said yes he’s remembered him .. he then added .. and i gave him a compilation cd my label just released of peruvian chicha from the 60s

how many coincidences can one man handle ?

in december we gathered as a band to record “tucson” at what now was GIANT GIANT SAND … and the cumbia beat found its way into several more songs: the bridge in “forever and a day”, all over “undiscovered country” .. there at the end of “lost love” .. its all over the place

we couldn’t control it any more .. it was controlling us

Howe Gelb’s next record will be called, not uncoincidentally, The Coincidentalist.

I wrote a review of Ranil’s Jungle Party by Ranil y su Conjunto for PopMatters, which was published on 9th February 2011. Here is the opening salvo:

The recent successes of the Roots of Chicha and Roots of Chicha 2 compilations, released on Barbes Records, have brought a renewed interest in Peruvian music. This has helped with the recent promotion of Pena (Secret Stash Records), an album of Afro-Peruvian music, and has also made it possible for albums like Ranil y su Conjunto’s Ranil’s Jungle Party to attract a decent level of publicity.

To read the rest of the review click HERE. 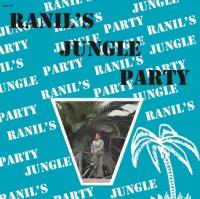