This piece has just been published at Latineos, a history of Tropicália, one of the most joyful styles of music ever to emerge from this planet. Here’s the intro:

It would be near impossible to recreate the circumstances that resulted in tropicália. In 1967, Brazil’s repressive military government had been in charge for three years and Brazilian music was in status quo. The authorities were happy that samba was the favourite music of the nation – they saw it as the perfect marketing tool – and didn’t see the need for change. This was a climate in which João Gilberto’s beautiful hybridisation of samba into bossa nova drew stinging criticisms from those who thought it was un-Brazilian.

Thankfully, the counter-culture was on the rise, swinging dramatically to the left in response to the Nationalistic stance of the government.

The Cinema Novo style of film-making, which began in 1964 with Glauber Rocha’s “Black God, White Devil”, had become a platform for alternative thought and renegade ideas, as had art (the Neo-Concrete movement of the 1950s would rise to prominence thanks to the presence of Hélio Oiticica) and theatre would follow (“O Rei da Vela” was an extremely important production in 1967). It was now time for music to follow.

You can read the rest of this article at Latineos.

As an accompaniment you can read a piece I wrote about, what I believe, are the best Tropicalia albums out there. 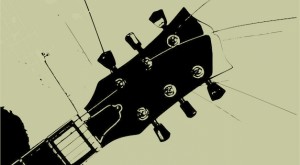