Their is simply something very special about Paddy McAloon and the work he makes as Prefab Sprout. I think it’s the passion for songwriting that shines through everything he writes. In the autumn of 2010 I got the chance to interview Paddy, though I would have to do this by email, which would then be printed off and passed onto him. He responded by typing up his answers and then faxing it through to PopMatters who then scanned it in and emailed it to me. For some reason this process makes me feel very strongly about this interview.

Here’s his answer to one of my questions. How can you not love this man!

I’m deluded … oh, for a time it seemed like a good idea. And yes, it’s nice to be asked, isn’t it? Actually it was going OK too, but … for no great reason I simply lost interest. Simple as that. One day I woke up and wondered if my strength might actually lie in my strangeness. Right or wrong, good or bad, I have a strong musical point of view. I’m no wallflower. So I decided to make things like I Trawl the Megahertz [released as Paddy McAloon in 2003] which I hope is still out there somewhere, and which may interest you. It is an unusual record, closer to a film for the ears than a songwriter/band project.

You can read the article in full at PopMatters.

This article was originally published on November 4th 2010. 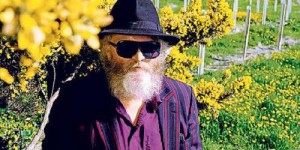